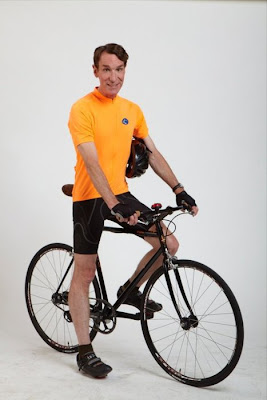 Bill Nye the Science Guy says "Get rowdy on your bike." No, he really didn't say that but the dude likes to ride and that is pretty sweet in my book. Anyways, it's taking some time to catch up on things here after the little adventure Jim and I took out to NAHBS in Austin (a summary soon). But in the meantime, here's a little gem I saw at the show... 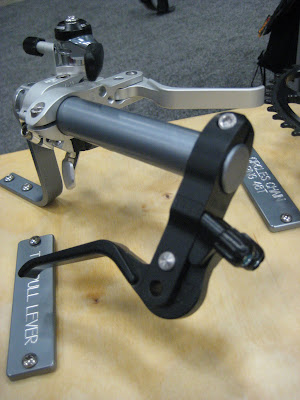 Paul Components Dual Brake Lever! Basically it is a lever that can activate both front and rear brakes. Tamie explained to me that it was designed for people that may not have the ability to use both hands. I'm sure it will work really well in bike polo. Pretty cool design and if I'm not mistaken, it can be switched from short or long pull (not 100% on that). They are opted to be released soon so we'll let you know when they arrive. Keep an eye out!