3 Reasons to Commute by Bike 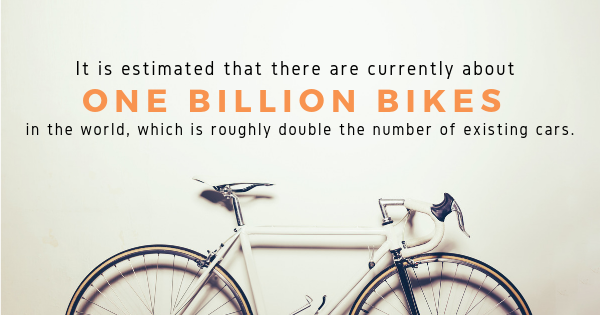 It is estimated that there are currently about one billion bikes in the world, which is roughly double the number of existing cars. In addition, more than 100 million bikes are produced globally every year and bike shops everywhere offer a wide selection to choose from. As of 2017, 66.21 million individuals in the United States reported that within the previous year, they had gone bike riding.

Given the popularity of bicycles, It only seems natural that people would enjoy biking to work. If you aren't already doing so, here are three great reasons to visit one of your local bike shops, pick up some toe clips, some handy bike bags, a bike with a streamlined all city frame, and give commuting by bike a try.

Engaging in some form of physical activity every day offers many health benefits, and riding a bicycle is no exception. According to Glenn Stewart's research at Brunel University in London, bike riding reduces premature mortality risk by as much as 30% and also lowers a person's risk of developing cardiorespiratory problems by approximately 40%. A study in 2017 also concluded that riding your bike to the office burns as much fat as working out at a gym for 40 minutes a day, five days per week.

By biking to work, your stress levels will also go down. Unlike being stuck in rush-hour traffic jams, bicycle riding lowers stress levels, as MapMyRun explains.

2. It's Kind to the Environment.

Bike riding is also much more environmentally-friendly than driving your car. Studies have shown that if the populations of Milwaukee and Madison, Wisconsin, replaced just 20% of shorter car trips with bike trips, 57,405 fewer tons of carbon dioxide would be emitted. Bicycle riding saves more than 238 million gallons of gasoline yearly as well.

Riding your bicycle saves you a significant amount of money. MapMyRun calculates that if you add up the cost of a brand new automobile, car insurance, gas money, and the price of maintaining a car, you probably spend about 8,469 a year to own and drive your car. In comparison, checking out bike shops in your area and purchasing a good quality bike along with the proper bike gear for your commute to work would cost you about $350-$500 annually.

Commuting by bike offers numerous health benefits. You'll also save a significant amount of money on car expenses while helping our environment in the process. These are three great reasons to consider ditching the morning drive in favor of becoming a bike commuter.
Posted by Ben's Cycle at March 29, 2019