Bicycles Are Much Better For The Environment Than Cars: Here's How 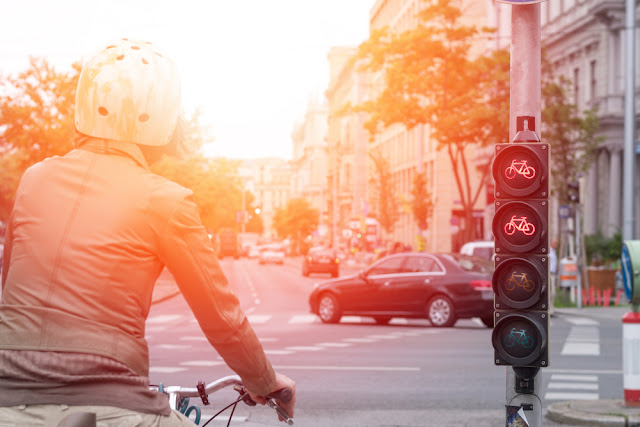 It's probably no secret that bicycles are better for the environment than cars. Do you know exactly how that's true though? Here are just some of the many ways that bikes are better for our ecosystem compared to cars.


Cars are notorious for giving off greenhouse gas emissions and air pollutants. In fact, more than 80% of the carbon monoxide in the atmosphere comes from motor vehicles that use gas and diesel. Automobiles are also responsible for 55% of the nitrogen oxide pollution in the air. If you were to ride your bike to work instead of driving a car, you can cut these emissions significantly.


The University of North Caroline Highway Safety Research Center found that motor vehicles consume millions of barrels of oil every day in the form of gas and diesel. In 2010 alone, roughly 10 million barrels of gas were used every day for this purpose. Bicycles, on the other hand, use no fuel to operate. Riding your bike instead of driving a car can significantly reduce the consumption of petroleum oil.


Traffic is a problem for a few reasons. The first is that cars produce .97 pounds of pollution per mile every year. So the more traffic there is, the more pollutants end up in the air. The second problem is that traffic slows people down. Bikes can be up to 50% faster than cars during rush hour. Additionally, parking lots are a problem for the environment because they are taking away space for plant and animal life. This takes away the opportunity for air cleaners that reduce the quantity of carbon dioxide in their air. Bikes take up less space and therefore less parking.


Finally, bikes are even better for the environment during the manufacturing process. The energy and resources it takes to make one single car can be used to make up to 100 bicycles. That includes the bike chainring bolts, steel track frames, and more. So before you even start driving a car, it's worse for then environment right off the assembly line.


Now that you understand how much better bicycles are for the environment, you probably want one. Here at Ben's Cycle, we have everything to satisfy your bike needs, from chainring bolts to bike pedals. We can help you be on your way to a healthier and cleaner life.
Posted by Ben's Cycle at September 28, 2018