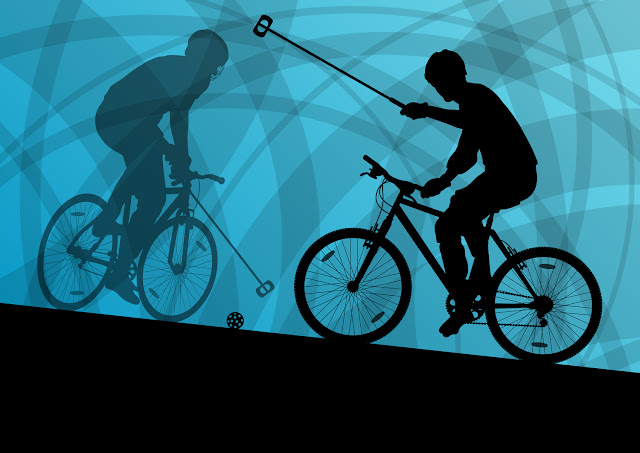 The game of bicycle polo was invented in 1891, and it's directly modeled from the ancient game of horse polo, which dates back to 600 B.C., or very close to that time. The modern game of hardcourt bike polo is one of the world's fastest-growing urban sports.

An Irishman named Richard Mecredy invented bike polo as a lower cost alternative to traditional horse polo. The game somewhat disappeared after World War II, but made its comeback in the 1990s. The earlier version was usually played on grass, but most participants today play bike polo on asphalt instead.

The basic rules of bike polo


There are only a few simple rules for bike polo. They include:


You can find the officials rules for bike polo at the North American Hardcourt Bike Polo Association. In the spring of 2017, 66.21 million people in America had gone cycling within the last 12 months. Of those, it's estimated that more than 10,000 people are playing bike polo.

Hardcourt bike polo gear you need for your bike


As of recent years, bike polo equipment is actually a flourishing industry with new technology emerging every year. Many bicycle manufacturers and bike shops supply Fixcraft mallets, protective gear, and even specific footwear for the sport, like shoes and toe clips for bikes.


You're definitely going to need bike polo framesets, as well as other parts designed for the sport if you want to start participating in bike polo. Ben's Cycle provides Milwaukee Bicycle Co and Fixcraft brand mallet heads, shafts, and even travel bags. You can shop our selection of Milwaukee Bicycle Co and Fixcraft (and other top brand) bike polo equipment to start your season off with high-performance equipment that will help you improve your gameplay and even secure more wins.
Posted by Ben's Cycle at October 02, 2018