We Need Help With Our Helmet Hair. Please.

We at Ben's Cycle/ Milwaukee Bicycle Company are all about looking good. 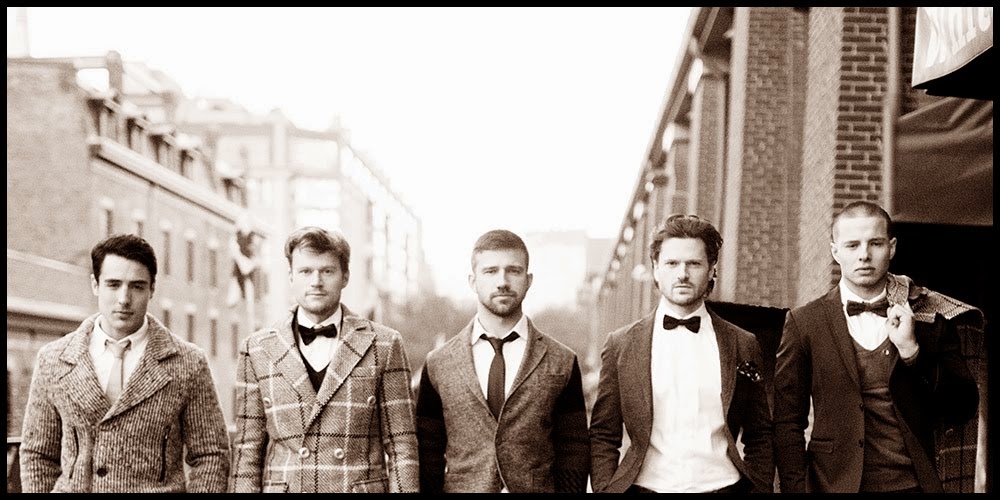 And we are all about riding our bikes. And sometimes when we ride to a destination - like a date or meeting - we still want to look good. That includes our hair.

We fully admit to vanity, and we - at least those of us who still have hair - treasure its luster, shape, and style.

At the same time, we always wear our bike helmets for safety. We want to ride safely, but we each have our particular hair challenges. 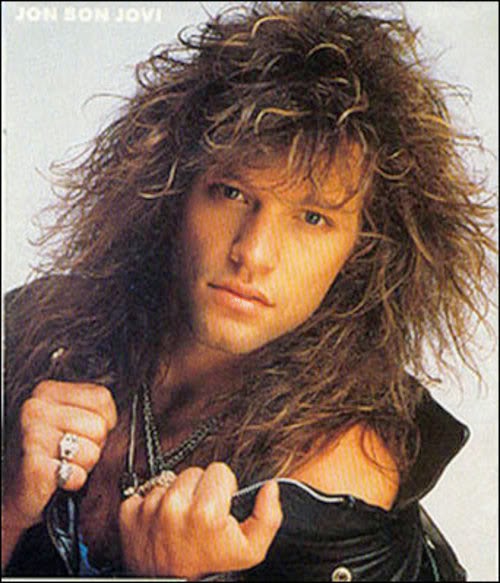 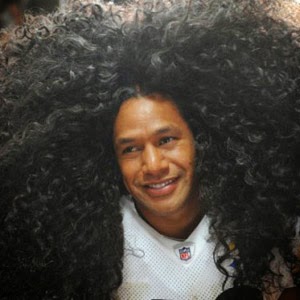 It's possible one of us is still living with a mullet... 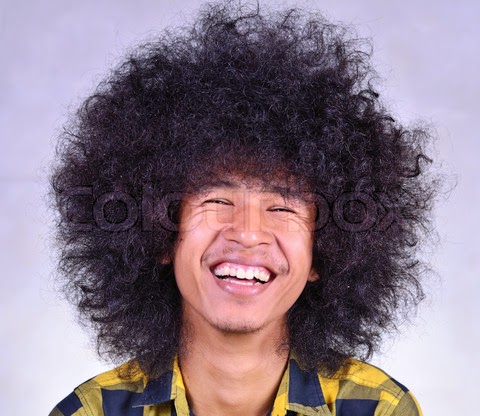 And one of us has just given up trying to do anything with his hair...

In all seriousness, we have a problem to solve: How can we wear a helmet, ride to a destination, and still have awesome hair when we arrive?

Do we add product after the ride?

Do we bring a portable hair dryer?

We at Ben's are all about solving the impediments people face in riding their bikes more. While most businesses will never have the kinds of awesome hair we have at the shop, most non-bald people are deeply concerned about this. Some people we know DON'T RIDE just because of their hair.

So we are brave enough to admit it. We're opening up a discussion on hair and bike helmets. How can we maintain our awesome hair and still be safe by wearing a helmet?

Tom Boonen, the famed rider for the Omega Pharma-Quickstep team, won a second consecutive stage of the Tour of Belgium today as reported in cyclingnews.com

Boonen was aboard his Specialized Venge, profiled here during the Tour of California.

Boonen, who has been world champion several times, has now won stages this year on three different Specialized bikes, the Roubaix, Tarmac, and the Venge.

Stop in at Ben's Cycles to test ride these incredible Specialized bikes, designed to give riders a huge advantage in aerodynamics and power efficiency.
Posted by Paul Warloski at May 29, 2014 No comments:

Too Old to Ride? Jim Marx Destroys That Excuse

The gray-haired man who passed you on the Oak Leaf Trail? The same guy bombing down the gravity trails at The Rock? The same guy who rolls his mountain bike through the singletrack at the Kettles?

His name is Jim Marx. And we at Ben's Cycles were pleased he chose a Milwaukee Bicycle Company cyclocross frame as his road bike.

Marx is almost 70, yet he rides a bike every day. This morning, for example, he was out on the Alpha Trails at The Rock and rode a double black (or really, really hard) section of the downhill.

Marx has been putting a lot of miles on bicycles in Wisconsin for the last 40 years. 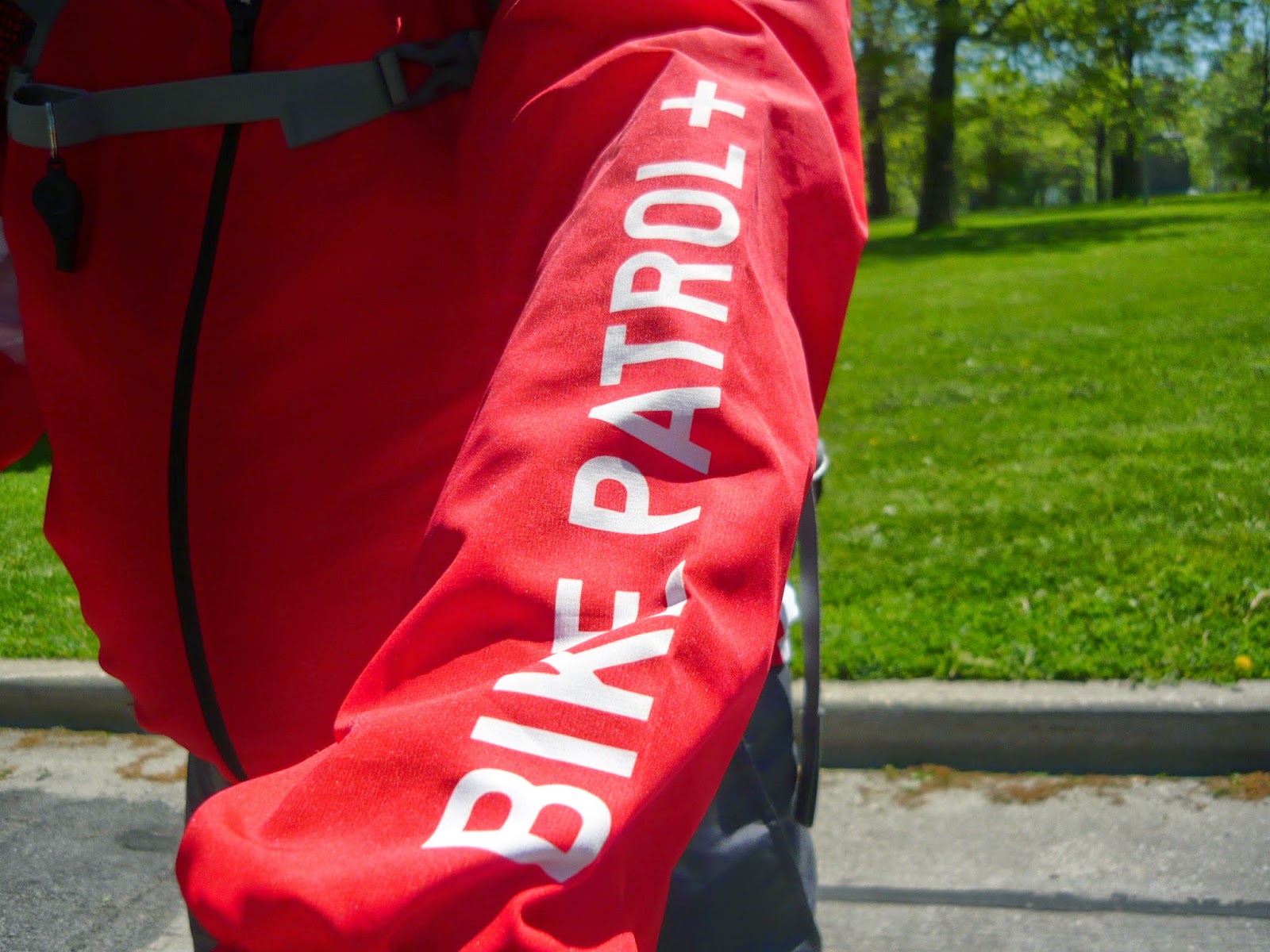 He started with the Wisconsin chapter of the National Mountain Bike Patrol in 2006, but since then has helped expand the bike patrol to non-mountain biking events, including triathlons, marathons, adventure triathlons, and the Wisconsin Cycling Association cyclocross series.

Last weekend, he patched up a member of the Milwaukee Bicycle Company racing team at a mountain bike event at Emma Carlin after a hard crash. He's a first responder on a bike.

He bought his Milwaukee Bicycle Company cyclocross frame 18 months ago and built it up over the winter in 2012.

His first ride on the MBC? A 450-tour across central Florida. He was 68 years old. 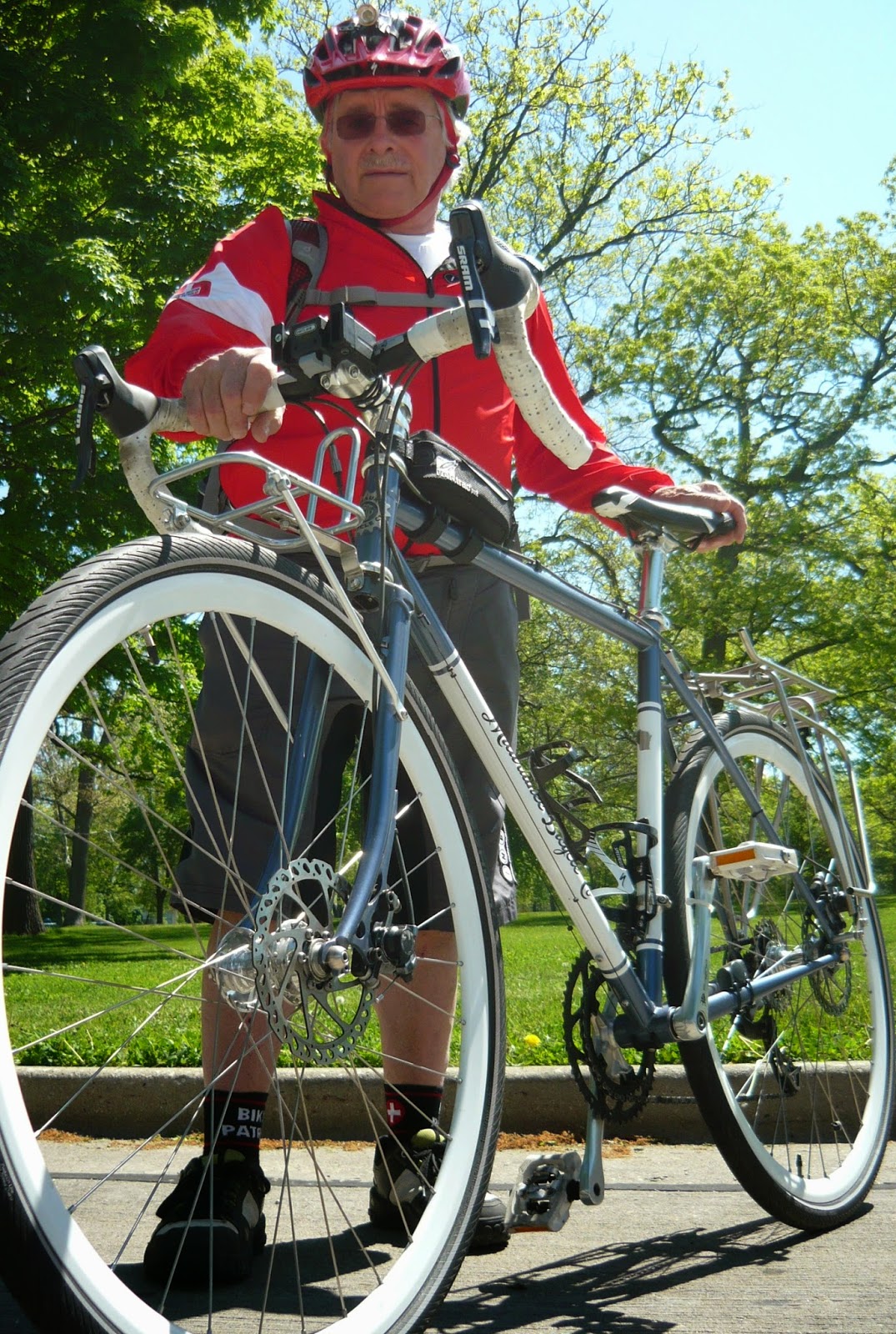 "I built up the cross frame as a touring bike," he says. He put on front and rear racks, built up high-quality wheels with White hubs, and put wider tires on the rims.

He bought a second MBC bike for his wife last year for a 40th anniversary gift. Since his wife has some challenges lifting her leg over a regular frame, Marx said Vince at Ben's helped design a frame that met her needs.

"The Milwaukee gave me the opportunity to have a more pliable steel frame that felt good under me," Marx says. "I like the quality of the MBC. The cross frame worked really well for me."

Milwaukee Bicycle Company frames and forks are manufactured in Waterford, Wisconsin and sold through Ben's Cycles in Milwaukee. Customers at Ben's are able to customize paint, components, and styles.

This is the first in a series of Milwaukee Bicycle Company customer profiles. If you have an MBC with an interesting story, contact us!

It's that time again!

Ben's Cycle is hosting the annual Downer Classic party as the Tour of America's Dairyland comes to the East Side for the 45th edition of the Great Downer Bike Race.

The Ben's Super Prime has become legendary, as pro racers push their speed to the limit to win the lap prize that has been between $5-7,000!

Your ticket to the party, a bargain at $25, funds the prime. Plus, the party is a ridiculously good time.

Watch an incredible race, support the Super Prime, eat and drink your fill! 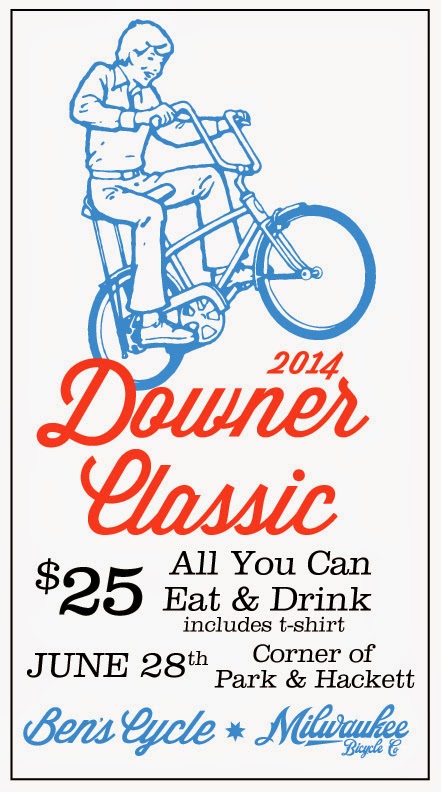 Bike Safety Awareness Week in Milwaukee is the first week of June. Ben's wants all cyclists to be safe, so we're offering 20 percent off lights and helmets between June 1 and June 7 at the store. Mention "bike safety" at the counter for your discount! 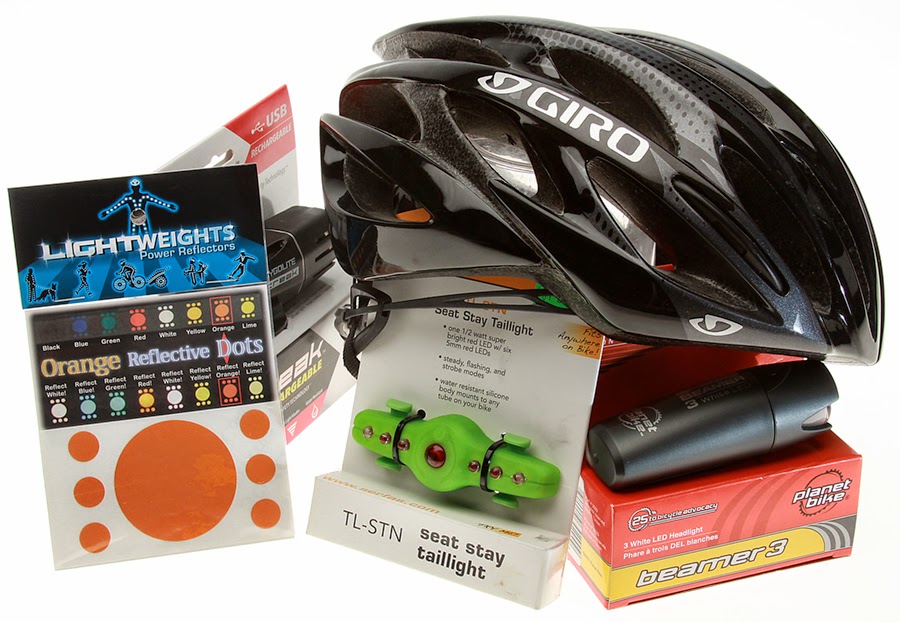 The Rock, located in Franklin at the intersections of 76th Street, Hwy. 36, and Rawson, is hosting some awesome events, which we at Ben's/Milwaukee Bicycle Company happily and proudly support.

Bikefest
On May 31, kids and bikers of all ages can learn about safe biking and spend some time learning to ride on the skills course.
This is a free bike safety event sponsored by Wheaton Franciscan and the Midwest Orthopedic Specialty Hospital in Franklin.
Riders will get a free bike fit and safety check, provided by Ben's Cycle. In addition, they will learn rules of safe riding, ride on a skills course, get free injury assessments from a certified trainer from MOSH, and learn about bike fitness and health from Wheaton Franciscan.
Learn more and register at http://www.rockcomplex.com/event/bikefest/

Dirt Farm
New to cycling and need some bike skills? Dirt Farm is a five-week program that focuses on teaching first-timers and beginners the skills they need to safely ride.
You'll learn fundamentals, bike handling skills, and riding techniques.
Plus there are programs for the gravity park and BMX racing!
Learn more at http://www.rockcomplex.com/bike-parks/dirt-farm/ 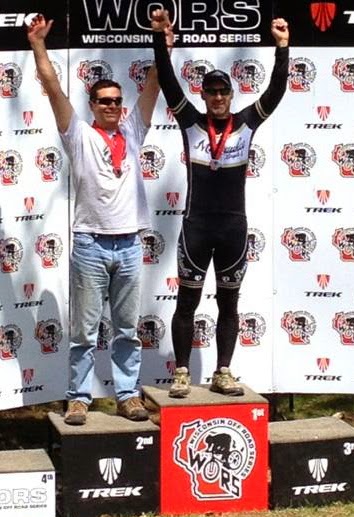 Victoria Pink also won her age group in the Sport division and placed 8th overall for the women!

WORS is the largest mountain bike series in the U.S. The third stop in the series is the Battle of Camrock at the Camrock 3 County Park in Rockdale, WI.

WORS has several divisions so that everyone can race. Beginning racers start in Citizen, move up to Sport for more challenging and longer events. The next step is Comp, meant for regional-level riders. The top riders race Elite and Pro events.

Road Side Assistance For Cyclists

More cyclists will have the option to get help if their bicycle breaks down as AAA and other companies extend their road side assistance program to help cyclists.  Find out more at NPR's website as they recently wrote article about the growing popularity of this service.
Posted by Matt at May 15, 2014 No comments:

Head over to bikerumor.com to read their professional and honest take on Answer's new Carbon SL components.  Also, keep in mind we stock all of your Answer needs right here at www.benscycle.com!
Posted by Matt at May 07, 2014 No comments:

The Milwaukee Bicycle Company races scored their first results this weekend in the WORS race at Iola.

Chad Tucker was 3rd and Ron Knutowski 4th in the 35-39 Comp division. Both finished in the top 30 overall in Comp, which is just one step below Elite!

It was the first event for the newly-formed MBC Race Team. We will be at future WORS events, some Wisconsin Endurance Mountain Bike events (WEMS), and some Wisconsin Cycling Association road events.

Look for us at the races! Check out the team and come join the fun! 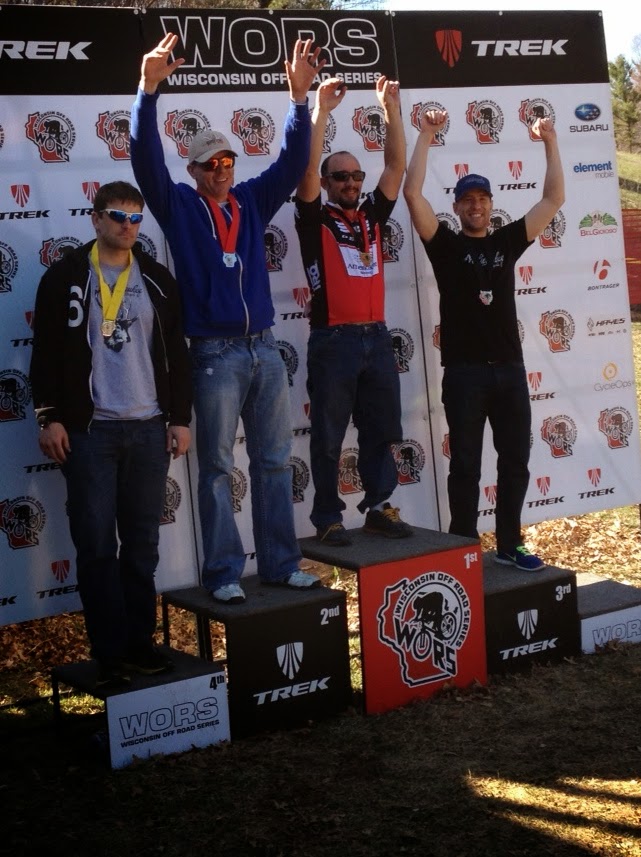