We just took delivery of 53cm, 56cm and 59cm frames from Waterford. Our current turn-around on new frames is only about 10 days, including any custom color of your choice. Cyclocross season is right around the corner!

The disc-brake Mettle could be the best cross bike you've ever ridden, stiff, supple, smooth in the corners. 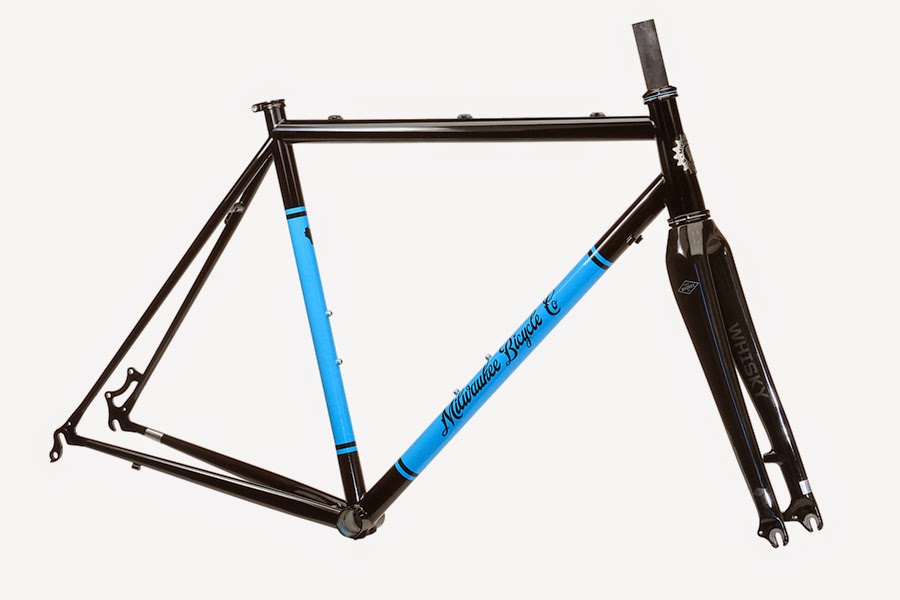 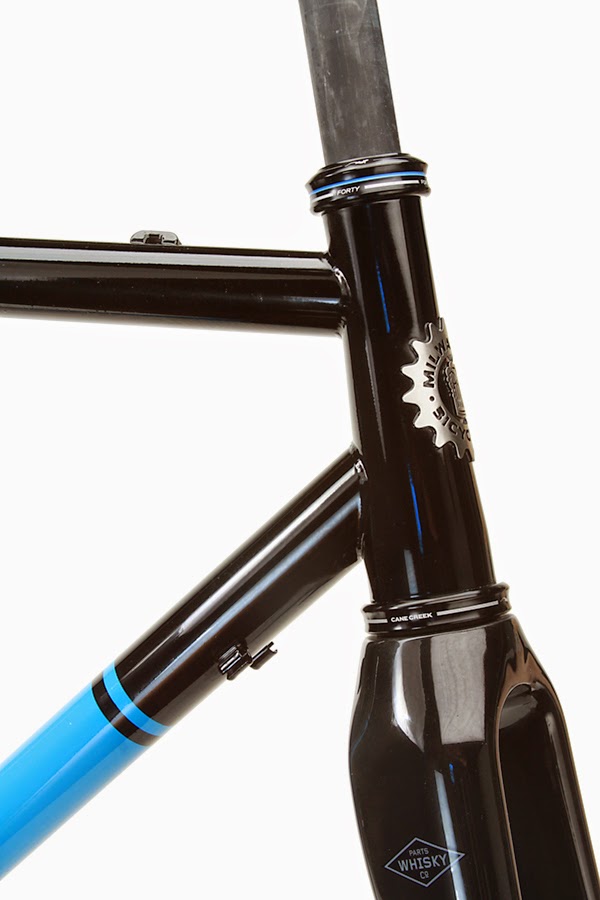 Schneider, from West Allis, is trying to repeat her 2013 ToAD overall victory.

On Saturday, June 28, the Downer Avenue neighborhood erupts in a bike race known as the ISCorp Downer Classic. It's a full-on all-day party. 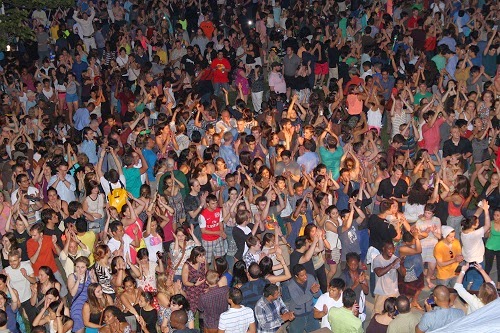 And the biggest party by far is the Ben's Cycle Super Prime Party. For $25, you get a wristband that entitles you to as much food and drink as you need, plus a super-awesome t-shirt designed by our very own Steve Tiber. 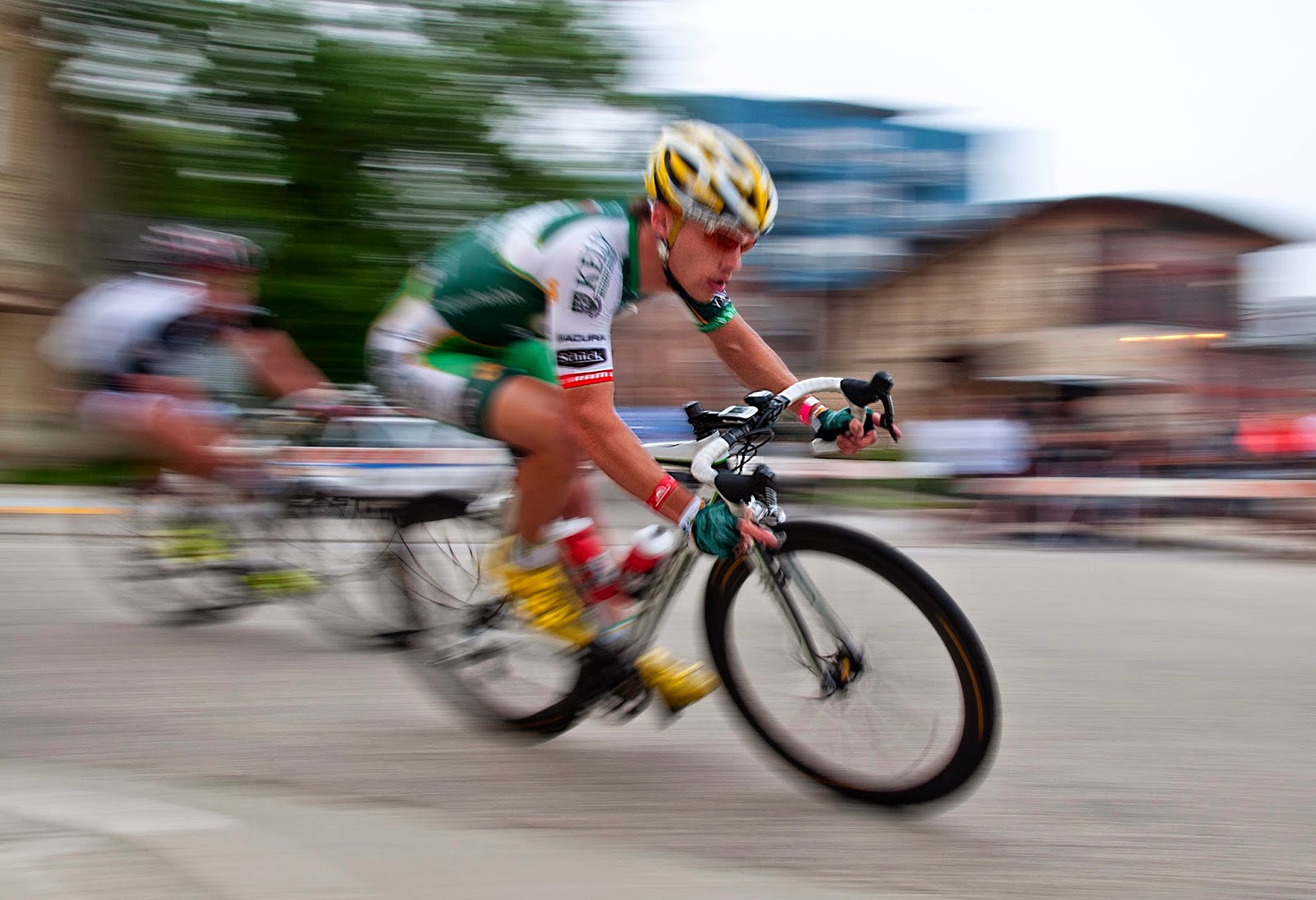 We'll use the money we raise at the party to give "significant amounts of cash" to the winner of the men's and women's primes, the rider who wins a particular lap during the race. Last year, Ben's handed out $1,000 to the women's winner, and we hope to double that this year!


Finally, one of the highlights of the event is the annual tricycle race, pitting area shop owners in a bitter contest. This year, Vince invited special celebrity guest Scott Ford, defenseman for the Milwaukee Admirals, to ride a specially-fabricated tricycle.

It's going to be off the hook! 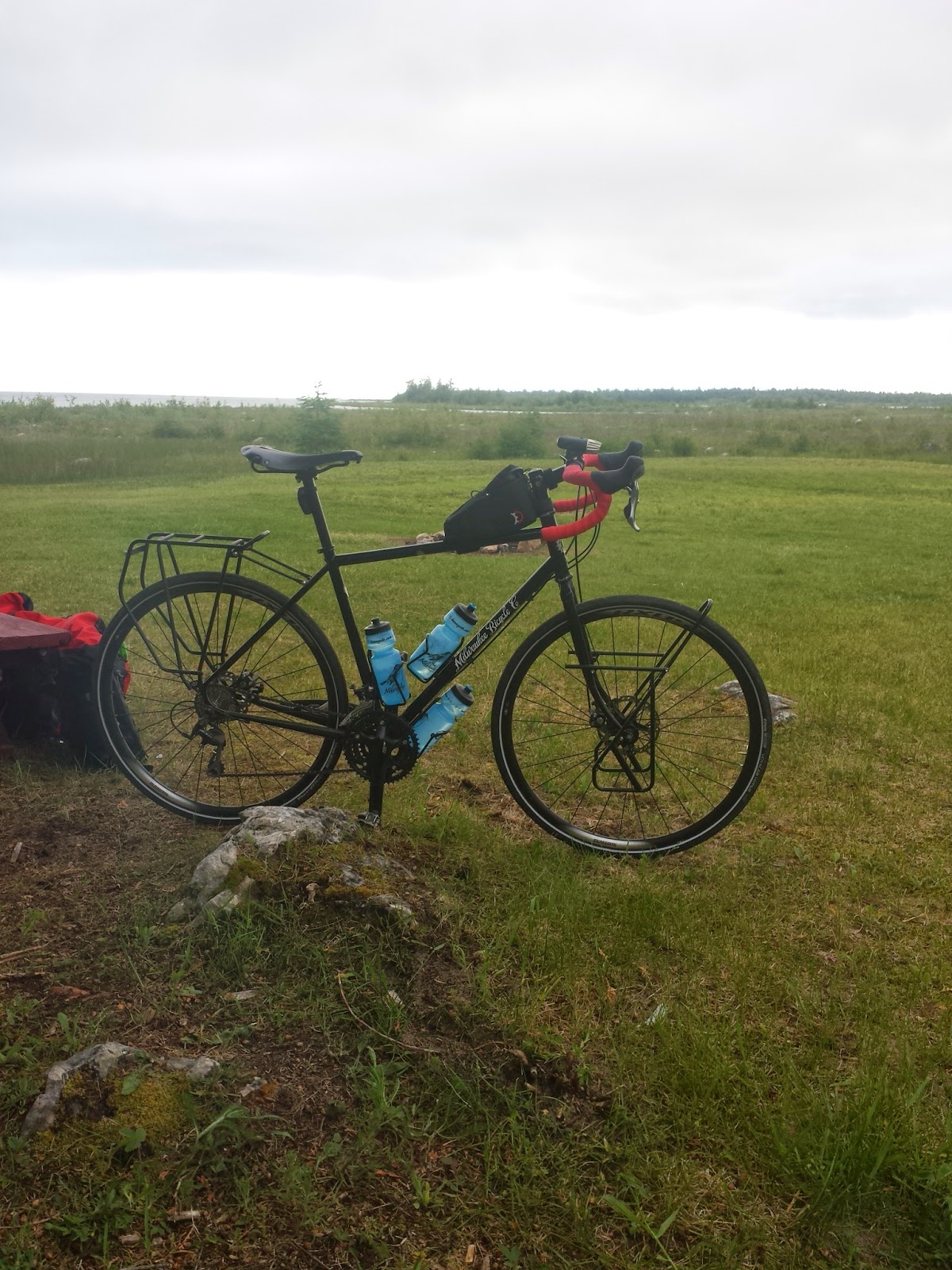 Matt, our internet sales guy, is taking the Fugitive, Milwaukee Bicycle Company's new gravel/touring bike, out for a 650-mile test ride through Wisconsin and Michigan.

He left last Saturday from Milwaukee, rode through Wisconsin to Michigan, around the tip of Lake Michigan, and is now cruising south. 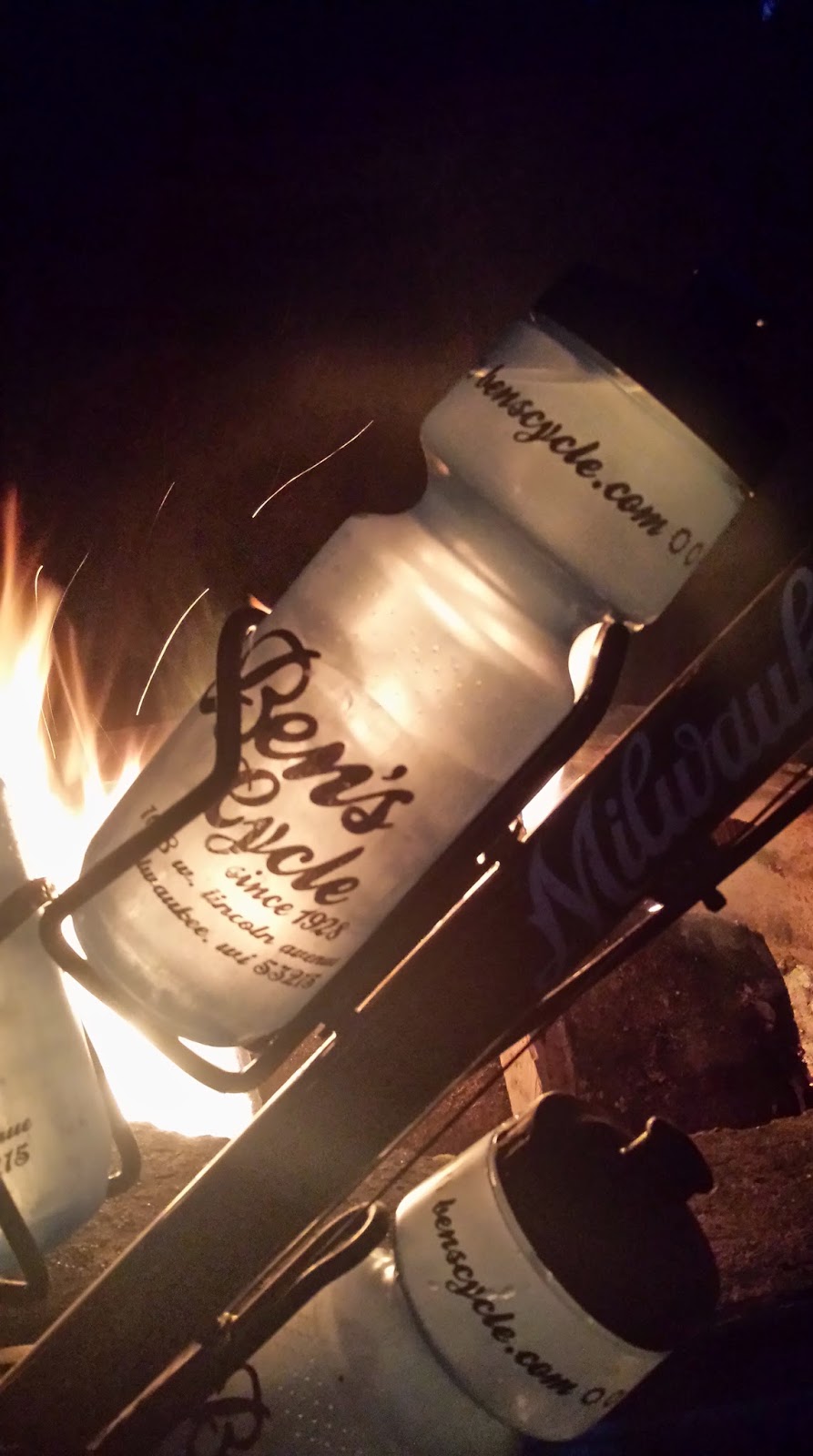 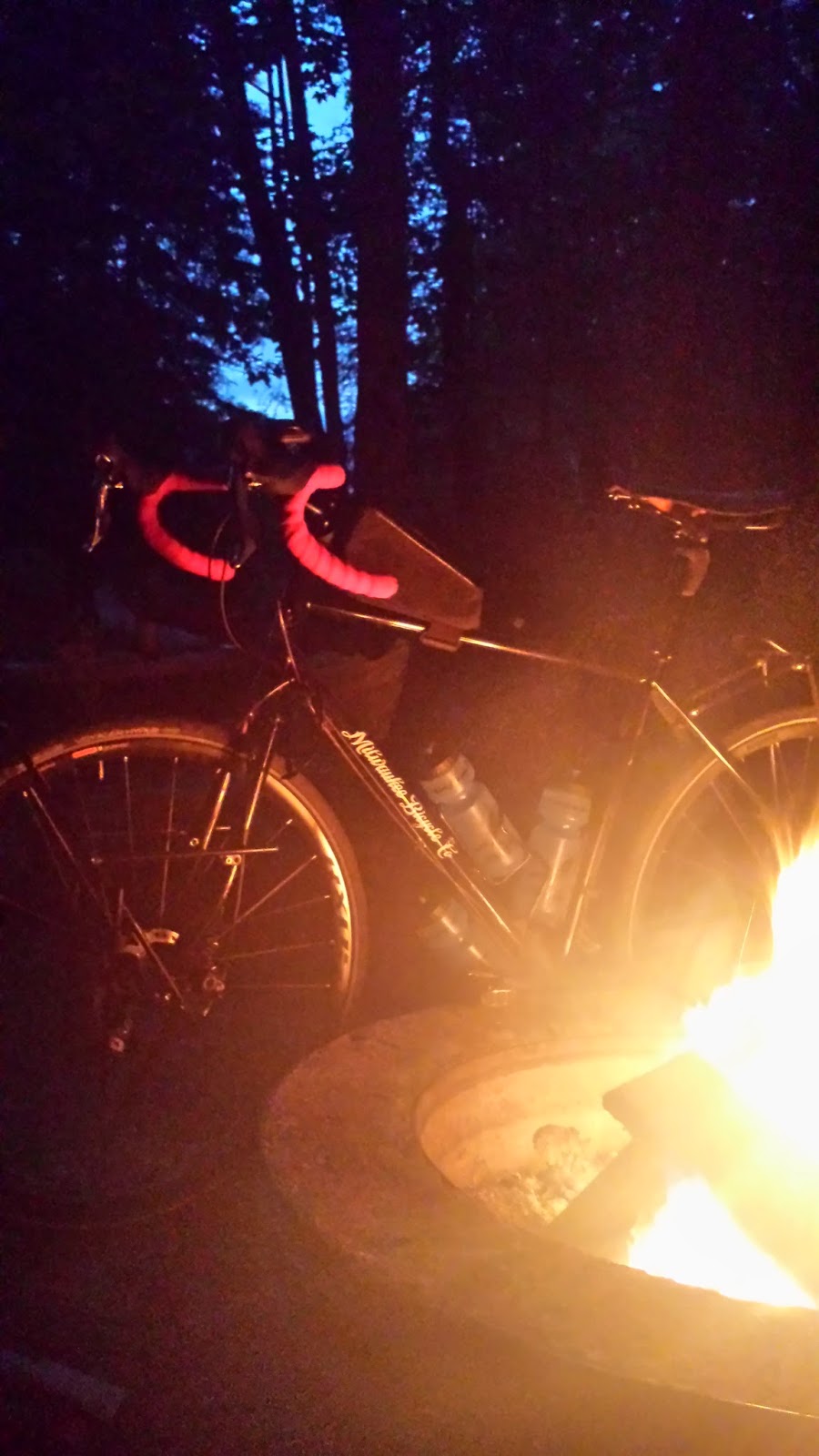 He sent photos of his trip through the Upper Peninsula of Michigan. Matt said Michigan state parks are awesome and worth a trip. For bike campers, the parks always make room, even if the campground is full.

Skylar Schneider Gets Jersey Back, Sam, Nathan Keep Theirs


Samantha Schneider (TIBCO) increased her lead in the overall pro women series at the Tour of America's Dairyland by winning the Elkhart Lake Road Race at Road America.

Nathan Labecki (ISCorp), who lives in Milwaukee, finished 32nd and maintained his lead in the Cat. 2 overall series.

In the masters Cat. 1/2 race, Velocause rider Mario Medina finished 8th. Andy Feuersthaler is in seventh and Brian Leatherman in 10th overall in the 35 plus division. Michael Froh is 4th in the 45 plus.

A couple of weeks ago, Teresa came into Ben's needing to rent a bike to prepare for her first triathlon. We asked her to keep us up to date since she was not an experience cyclist, and her story might inspire others to start riding more. We're thrilled she's making so much progress! 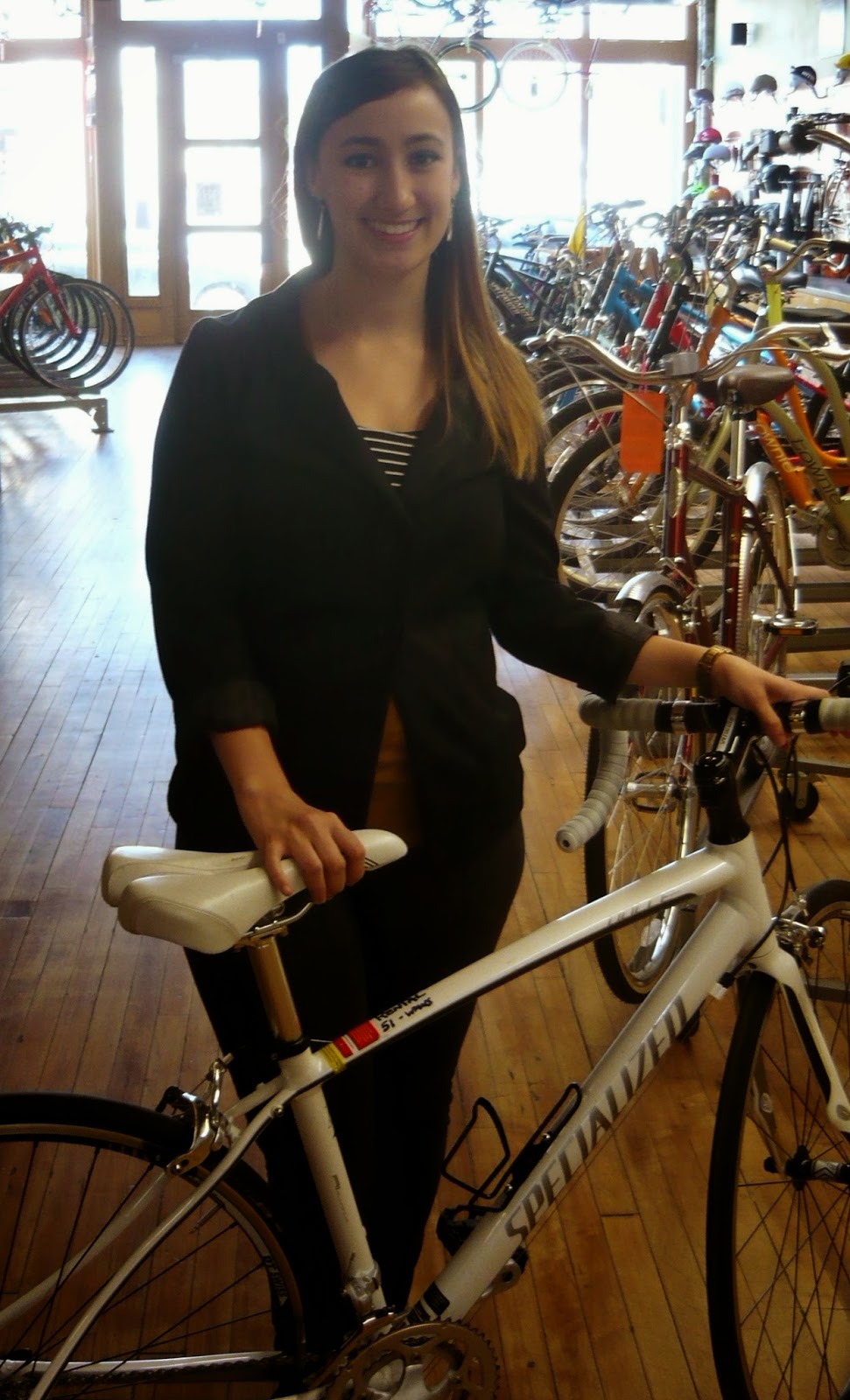 Here is her original story.

Here is what she wrote on June 19:
"My training is going well. I've started swimming every day during my lunch hour and I run about 3x a week after work. On the weekends I have been taking 10-ish mile bike rides on the Oak Leaf trail.

I was very surprised at how slow I am on the bike. It's going to take me forever to finish the bike portion if I don't speed up. I plan to go to Pewaukee this weekend and ride the 17-mile bike trail to get a feel for the hills and see how long it takes me now. I also am starting to do brick workouts, which are combining two events in one workout to practice adapting muscle groups. Swim to bike is fine, bike to run is difficult."


Here is her report from Monday:
"The Pewaukee Lake Triathlon has a mandatory swim clinic for all first-time triathletes. I attended a session today which was great. I have been swimming a lot in the pool at my gym, but being in the open water with other swimmers was way different! It was great to experience that and I feel a lot more prepared. Besides the swim, the instructors gave us newbies tips on how to effectively swim with others (e.g. if we're slow, keep left and take wide turns to lessen the chance of getting swam over). The instructor also answered all our newbie questions about the triathlon day. I've been having nightmares about not being able to find my stuff in the transition area and she calmed my fears. 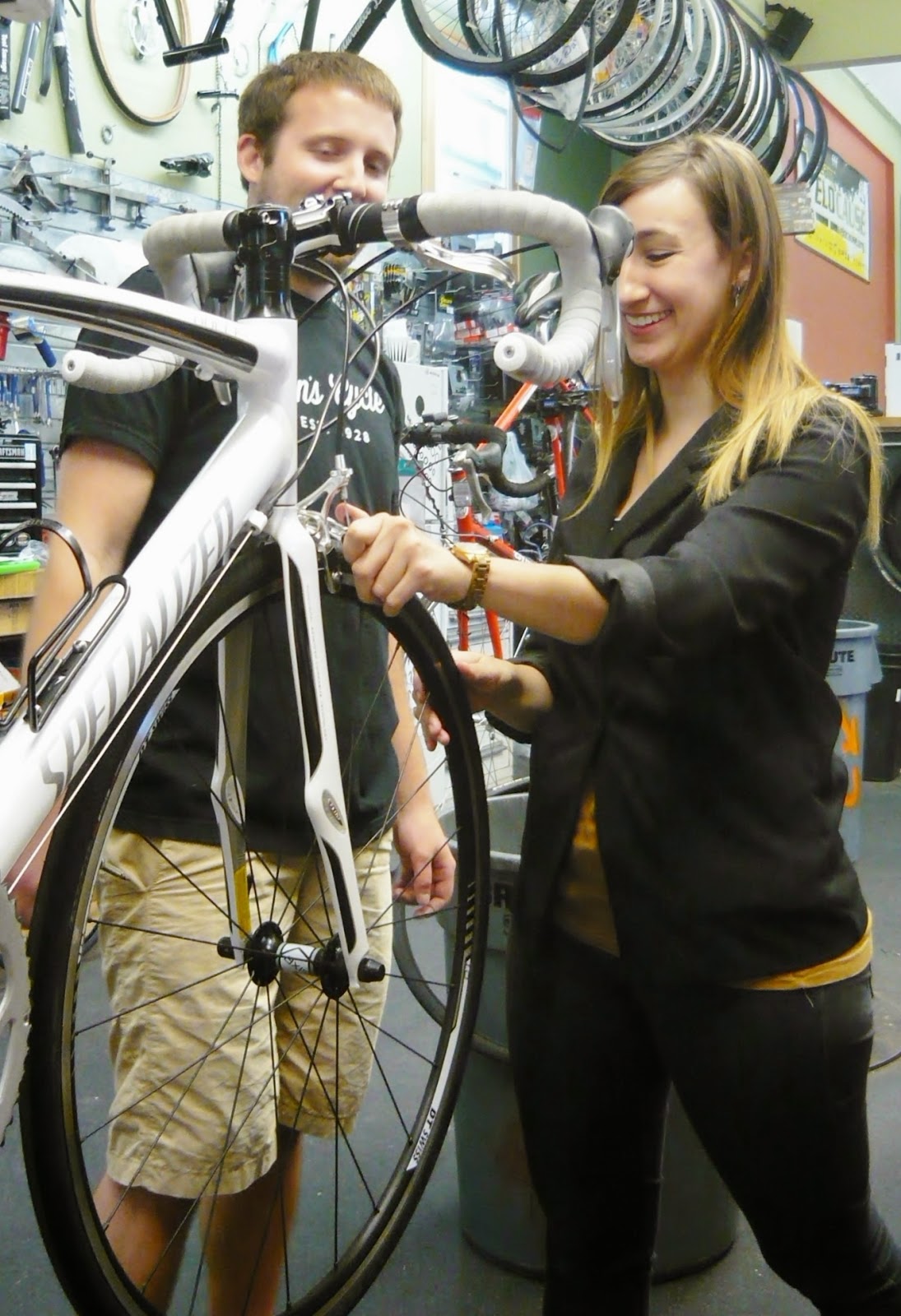 I also had a great weekend ride on Saturday. I went to Fond du Lac to ride with a friend of mine. I thought I was really slow, but it turns out I just needed my seat moved up and a little more air in my tires!  I averaged around 14mph rather than 10 mph which I'm happy about. Having a speedy cycling buddy to lead me probably helped too! I also downloaded Strava which is a really cool way to track my rides and compare myself to other riders. Overall I'm really excited about my cycling progress.

After my ride last weekend, and the swim clinic tonight, I feel pretty good about those two disciplines. Running is still my least favorite, but I'll be focusing more on that the week before the triathlon because I'll be away from my bike and pool while I am in Colorado."