Here's a collection of bikes from some Ben's Cycle employees. These are work horses that take the daily grind through scorching summers and even the nastiest winters, but end all be all they take us from point A to point B... 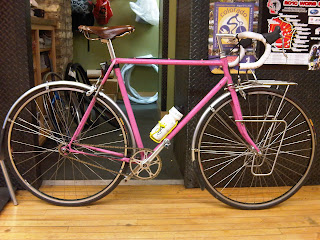 Originally an Olympic bike in the early 1980's (can't seem to pinpoint the exact year), it's been everything from a fully geared touring bike, three speed, fixed, and now it's my single-speed commuter/trainer. The front rack (as mentioned many-a-posts ago) was built by my friend Leah in Madison. Now, instead of riding with a backpack or riding home to drop it off, I just strap it on to the top part and do my training rides after work. The fork is even big enough for a 35c studded tire. A lot of time and work has gone into this thing and it is probably my favorite ride. Made in Wisconsin! 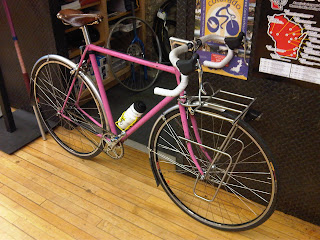 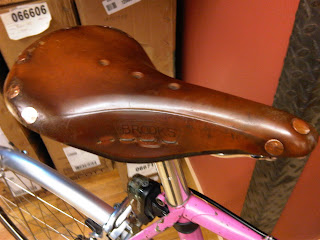 My beloved B17 Honey Special. All laced up and feels amazing on long rides! 4 years old and still doing it's thing. 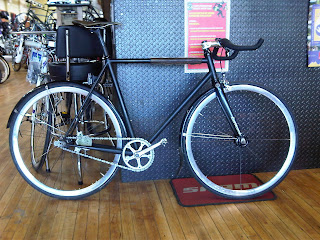 This is the last production run of Fillmores that used True Temper OX Platinum tubing before they went with lower end cromo. This is a very light and stiff frame. It is painted, or should I say coated, the same way guns are treated. It's a very thin paint and ridiculously scratch resistant (not 'scratch proof,' but it'll take a lil bit more to put a mark on this thing). It's done here in Wisconsin by a company called KG Coatings. They also coat the inside as well, thus limiting possible rust that may occur. You can get this option with any color on any of our frames! Jim rides this through most of the year. He's a strong rider (one of the fastest I know) and does a crap ton of miles on it. Just try and keep up with him. 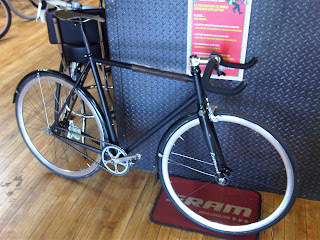 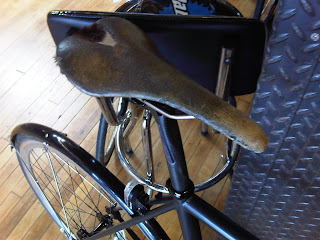 He also customizes his saddles with some sort of leather/hide. The hair is worn off on this one, but he makes some sweet customizations (check out his TT protector). 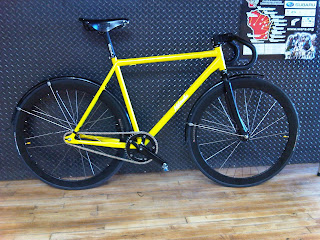 This thing turned out super sweet! I rode it around and it is one smooth ride. I know this guy rides a lot and he deserves a great bike, and a bruiser is just that. It's quite beastly with the B43s but it just looks so darned good! Even the fender lines are slick. Bravo Eric. Check out the lacing on the hubs. 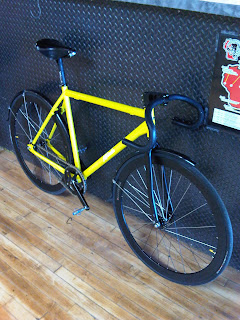 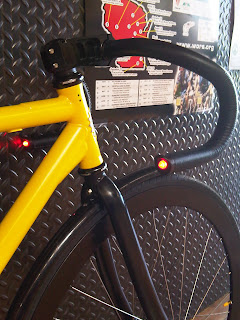 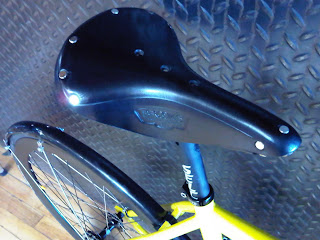 New B17, still stiff but it'll break in.

what type of stem is that on Eric's Bruiser

Unfortunately, he doesn't know what kind it is. He got it at a bike swap.

The Brooks Honey coloured saddle looks great, do yo use any proofide/dubbin at all?