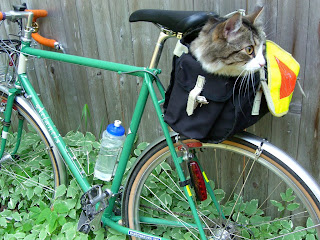 Photo By AK Rando
So we are now a Stockist on Carradice's website! In today's bike-lane-warrior world, you have a barrage of messenger bags available. Pockets and all sorts of compartments, apparently to hide your magical beans or other mystical paraphernalia. Some come big enough to put a dead yak in, not that you would do that, but you do have that option. There are, however, other ways to carry your beans. 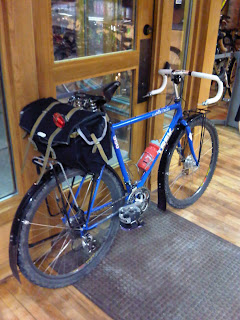 I rock a vintage Karrimor and squeeze in a green army surplus bag in for travel. So other than carrying cats, other live furry creatures, or ninja stars you can just throw about anything in them. Keeps your bike's weight symmtrical other than having one pannier and it's closer to your center of gravity, which is around your saddle. Again, like I've mentioned before, this may not be your cup of tea (or coffee) but it's another option. My back will thank me when I'm older and I won't need special cremes or supports to keep my spine from feeling like hell. Peep Carradice here. 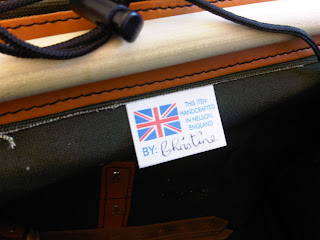 Thanks Christine for making such a splendid bag.

Speaking of my touring bike, I use Holdfast straps for touring. Excited to use them for my first touring bout of the the year. I'll let ya'll know how they work out! 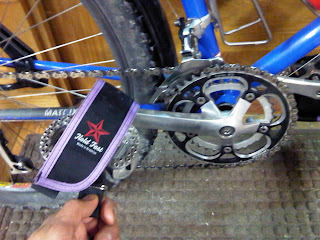 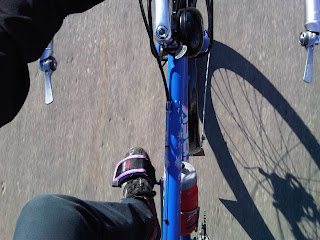