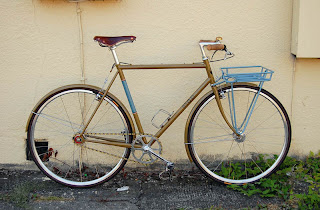 Photo by Map Cycles
So, one of my personal favorite handlebar is the Arc Bar. It puts you a little upright so it's a chill position but if you need to crank, its shaped to allow a lot of torque. I came upon the Nitto Jitensha Bar perusing though Mitch Pryor of Map Cycles' flickr site, one of my favorite frambuilders (good dude too). 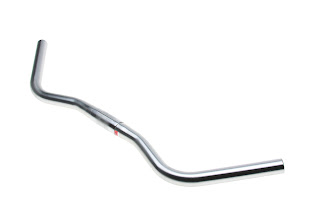 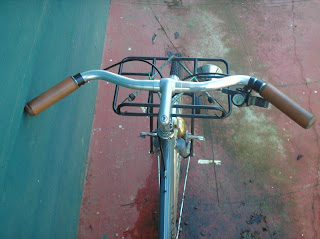 Photo by Map Cycles
I have been searching for this bar for years until I came upon it this last month! So long story short, we are carrying them. Here's a little history on the bar.

I also found a similar bar coined the Map Ahearne bar. They are a nice marriage between the Jitensha and Priest bar. It was developed by Map and Ahearne Cycles with improvements to the original Priest bar, which was made for Pope John Paul II (thanks John, again!). Longer grip area to allow more room for brake levers and shifters as well as not having a wonky 26.4 clamp.

The main differences between these two is that the Map bar has a little bit higher degree of sweep and a rise while the Jitensha bar is flat. I'm trying to find an excuse to build a bike with these bars, yeah that's right, build a whole bike around these bars. I'm a glut.

Lastly, recently posted were the Cinelli Valencia Bars. Black and 31.8 clamp. So many options!

Kind of a long post but whatevs. I'm happiest when I'm just commuting around, not going super fast, just enjoying the ride. This style epitomizes the idea of a city bar.