The employees at Ben's Cycle ride their bikes.

We ride to work, for fun, to travel, to race, for transportation, even to play bike polo.

If there's a bike, we ride it.

And we ride the bikes we sell and service: Milwaukee Bicycle Company, Specialized, Globe, Cervelo, Focus.

Sometimes, though, we crash. 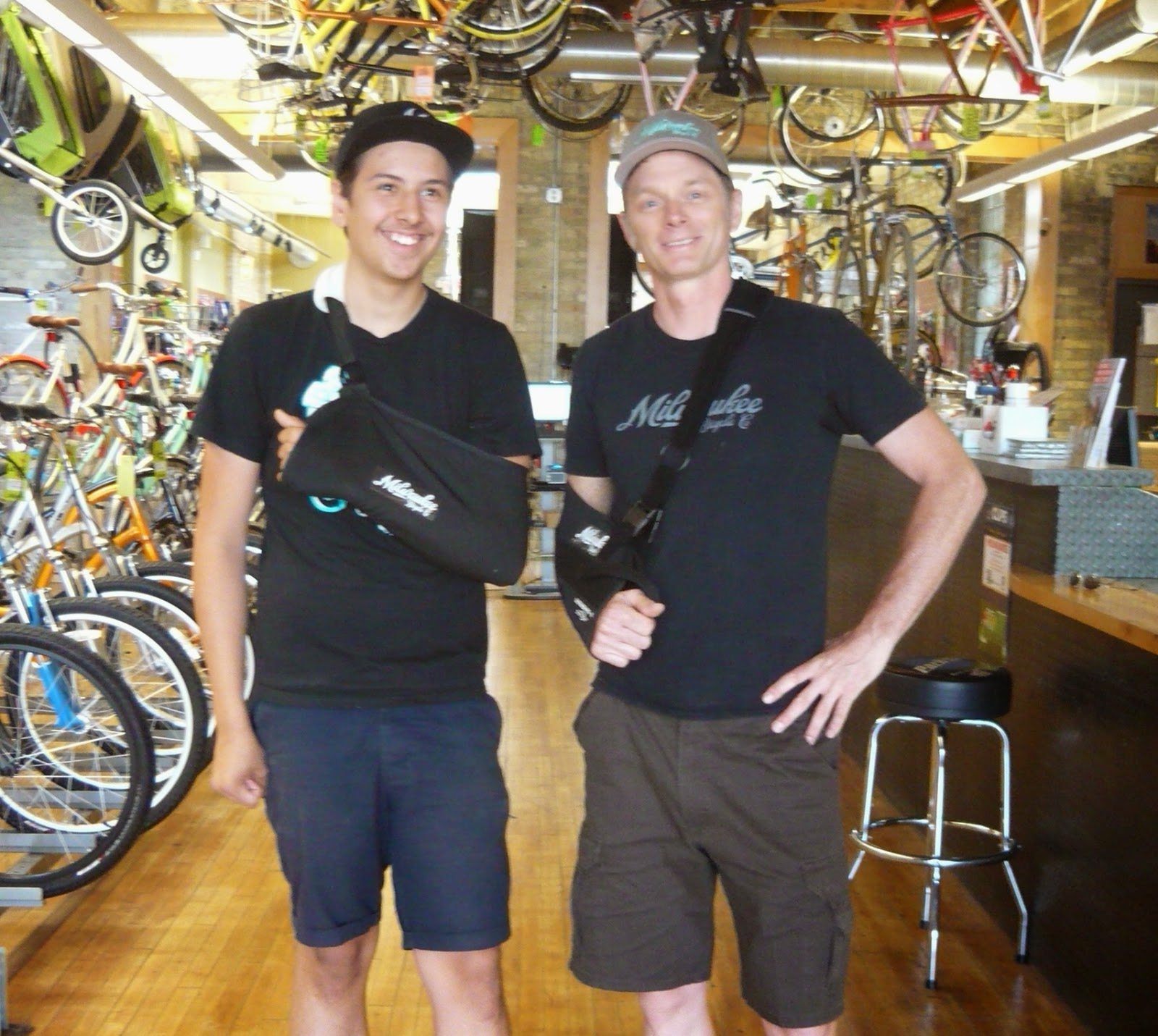 Hunter is the pup at Ben's at 19. He rides to work nearly every day. Last weekend, he and a friend were riding home on their fixed gear bike built up from parts we sell at the shop.

He and his buddy got to racing each other, and he lost control of the bike and went over the bars.

He snapped his collar bone in two pieces.

But he's so tough, he rode the four miles to his house.

Hunter is a sales guy at the MBC side of the shop.

Paul, the old man of the shop, was racing his Specialized Stumpjumper at a WEMS (Wisconsin Endurance Mountain Bike Series) event at the Emma Carlin state trails. He went over the handlebars on the trails and had a concussion and tore the labrum in his shoulder and needed surgery last Wednesday. 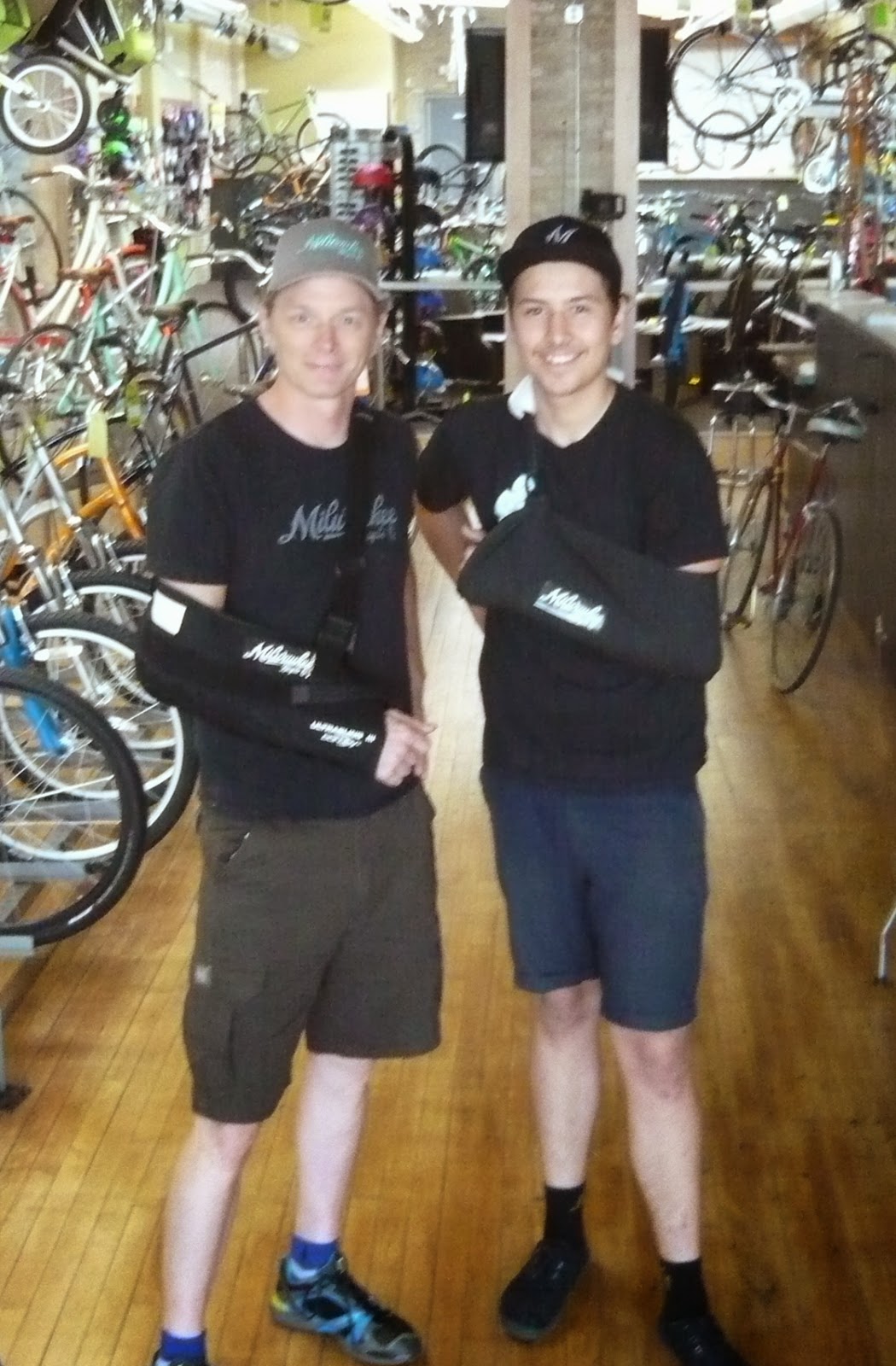 Paul, who is much, much older than Hunter, is the marketing and social media person for Ben's/ MBC.

However, most of the time, we stay upright.

Dan, our internet and electronics guru, will return to the shop tomorrow after a four-day 200-mile ride around the east coast of Lake Michigan. He didn't crash once.

Matt, Dan W., Al, Steve, and Josh all rode their bikes to work today, and none of them crashed either.