When you come to the party put on by Ben's Cycles at the Downer Avenue bike race in June, it's easy to forget there is actual criterium race going on with some of the best cyclists in the world competing not only for the Prime, but for the race win.

The Ben's Super Prime is typically over $5,000, and money like that for traveling bike racers is a big deal.

Typically, in a criterium, teams send off riders in breakaways in an attempt to win the race in a small group. But often the race comes down to a field sprint with teams lining up in rows to protect their sprinter from the wind until the sprinter jumps out and sprints for the finish line.

But with the minimum $5,000 payday, one of the largest in the country, the usual race tactics change since the prime cannot be won in a breakaway.

Isaac Howe, who has won the prime in both 2011 and 2012, said the Ben's Super Prime entirely changes the tactics of the Downer Avenue race.

"No one knows exactly when the prime will be announced, so teams end up staying organized for a lead out for nearly the entire race," he said. "Once the bell is rung, you only have three minutes to get your sprinter into the winning position, and with the payout being so high, the peleton's stress levels are very high."

Howe, who now races for Champion Systems Stan's Notubes Pro Cycling Team, said winning the prime has been one of the highlights of his career.

"I'd have to say that the best part of winning the super prime twice was having the huge crowd cheering me on both times I got it," he said. "There's no way to describe how inspiring it is to have complete strangers rooting for me as I was going after it...There are few experiences I've ever had as a professional cyclist that compare to the energy and excitement of Downer."


The biggest technical challenge of the prime is that the racers have a long straightaway past the start/finish, then take a sharp right turn and then sprint 70-some yards to the Prime line. So the race is to the corner, and riders hit 40 mph coming out of the corner.

"All the fear and apprehension came before committing to the turn," he said. "Once I was there, I was just holding on for dear life. It takes a little bit of crazy and a lot of confidence to sprint at 40 mph into a blind turn, but it was well worth the risk both times."

Howe and the other racers say they love the energy and noise that comes from the people around the course who make the event into a neighborhood party. And the biggest party is at the corner of Hackett and Park Place, at the Ben's Super Prime party. 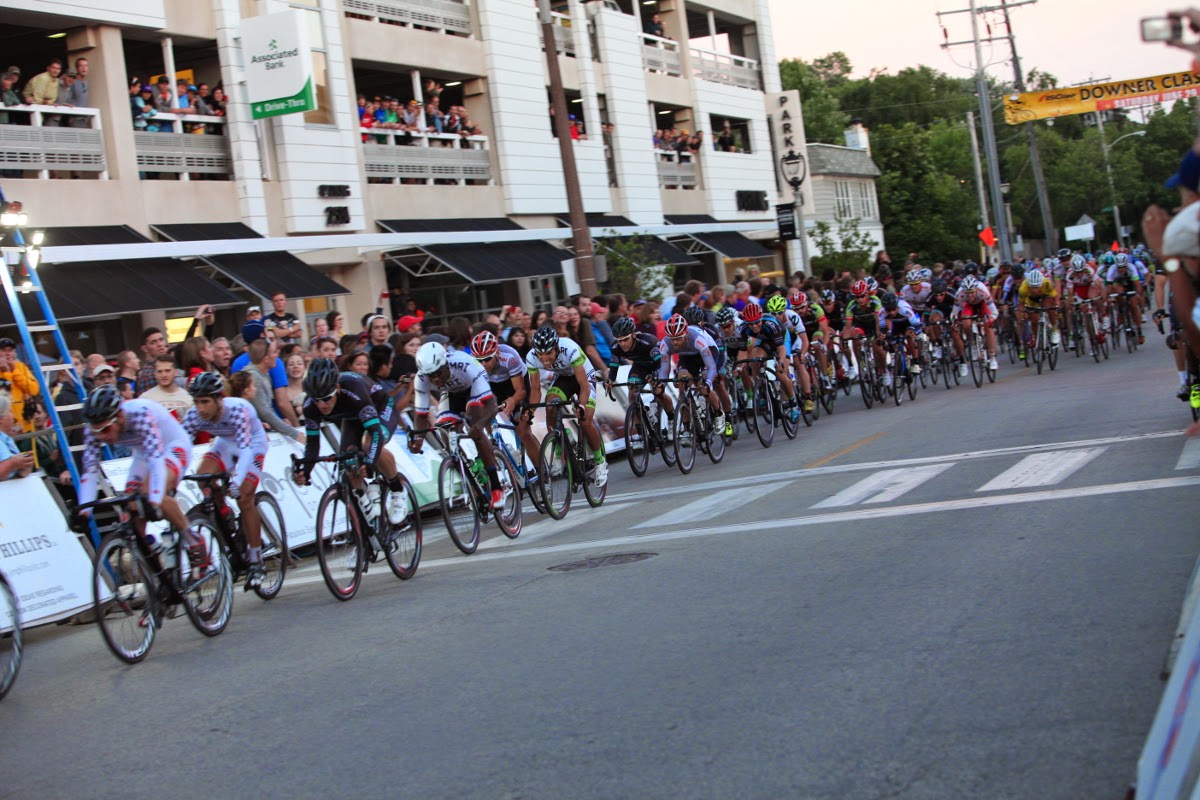 "Both times I won the prime I was in complete shock at the number of people who were partying away just past turn one," Howe said.

While you might imagine pro racers spend winnings like that on a car or new bike, the sprinter splits the winnings with his or her team. The money, Howe said, usually goes to pay bills.

"The bump that win gave to our confidence, and the feeling I got by pulling through for my teammates is something that they and I will never forget," he said.